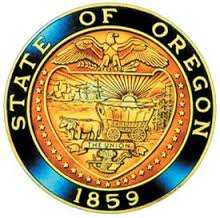 The State of Oregon has a Citizen Legislature consisting of the Senate, whose 30 members are elected to serve four-year terms, and the House of Representatives, which has 60 members elected for two-year terms. The assembly convenes every two years in regular session on the second Monday in January during odd-numbered years, a date set by statute. Oregon Constitution does not specify a limitation on session length, however most sessions last approximately six months. During the interim, legislators serve on interim committees and task forces that study issues likely to be faced during the next legislative session.

Oregon’s representative form of government is governed by rules, laws, and procedures. Although the process is long, complex and dominated by committees, all laws begin as someone’s idea.

The Legislative Branch is comprised of the Assembly (state elected officials and their staffs) and four legislative service service agencies:

Email me jobs from State of Oregon - Oregon Legislature